Stomper Mercilessly Stomps out the Rally Monkey Then Swept Him Away 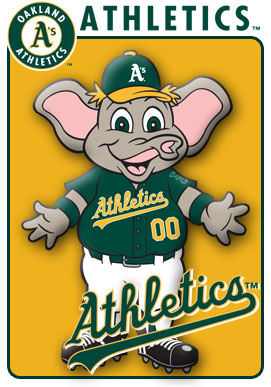 “It’ll be okay, we’ll get them tomorrow”. Those were the consoling words of a beautiful young usher as I was leading the deflated Angels’ fan base out of the front gates of Angel Stadium on Wednesday night. Tomorrow never came, the Angels were swept by the Oakland Athletics with a game one score of 9-5 a game two score of 11-5 and finally a game three score of 8-1.

First and foremost taking nothing away from the Oakland A’s, I tip my cap, they were the better team in the series and deserved to win. Second, I must thank the Oakland A’s for bringing to light to the rest of the world what diehard fans already know, the Angels are in trouble.

No matter where one looks, the starting rotation, the bullpen, or the offensive production there are many things to improve. Some will say that the Angels’ misfortunes are due to injury, but let me be realistic, Weaver’s injury was of zero impact for this series because his spot was not scheduled to be due up against the Oakland A’s. Ryan Madson is recovering from Tommy John surgery, although he is progressing nicely, it will still be quite a while before he can contribute to the team in any major capacity.

In previous entries, I questioned the Angels organizations personnel decisions. My concerns are coming true. I questioned the Angels decision not to extend a qualifying offer to Torii Hunter, now the Angels lack a legitimate number two hitter which they have tried to patch up with moving Mike Trout to the number two spot, consequently they now lack a legitimate leadoff hitter. What logic is there in the giving a contract to a pitcher coming off Tommy John surgery, a surgery which not all pitchers recover from; and not giving Dan Haren his club option? Dan Haren was also coming off an injury plagued year, but he wasn’t coming off Tommy John surgery, he could have made an immediate impact. This way of thinking doesn’t make sense to me, especially given the history of Angels’ pitching the last three years. The Angels don’t have the luxury to experiment and hope for the best. As I mentioned before, it’s not satisfactory to the Angels’ fan base for this team to compete, they must contend.

I am a strong believer that coaches in any sport have a lifespan if and only if they don’t evolve in their coaching techniques, methods, and application. When a coach evolves, it allows them to keep their players attention, by keeping things fresh and innovative; players are less likely to tune a coach out. Unfortunately, I think this is what’s happened to Mike Scioscia, he hasn’t evolved, and the players have tuned him out. The Halos are very talented, but there shouldn’t be any reason why they’re not producing and winning.

Yes, this team has a lot to work on, they need to figure themselves out extremely quickly or they are doomed to repeat the unsatisfactory season of a year ago. The good news is that there are 16 meetings left between the Oakland Athletics and the Angels, 16 meetings to avenge a sweep at home that hasn’t happened since the year 2000. I must admit the Angels got stomped on by a white elephant, however the Rally Monkey will rally, that’s his nature; Stomper better be ready when the next rounds come about. This was only the first three rounds of the 19 round American League West slugfest. Go Angels!

I am trying to not rush to judgement, but this team needs to show some life soon. I am fine with letting a 37 year old Tori Hunter go….but why Bourjos isn’t leading off is beyond me?

Pingback: Stomper Is Ahead of the Rally Monkey on the Fight Cards « The Angels' Ace

Pingback: Stomper Is Ahead of the Rally Monkey on the Score Cards « The Angels' Ace